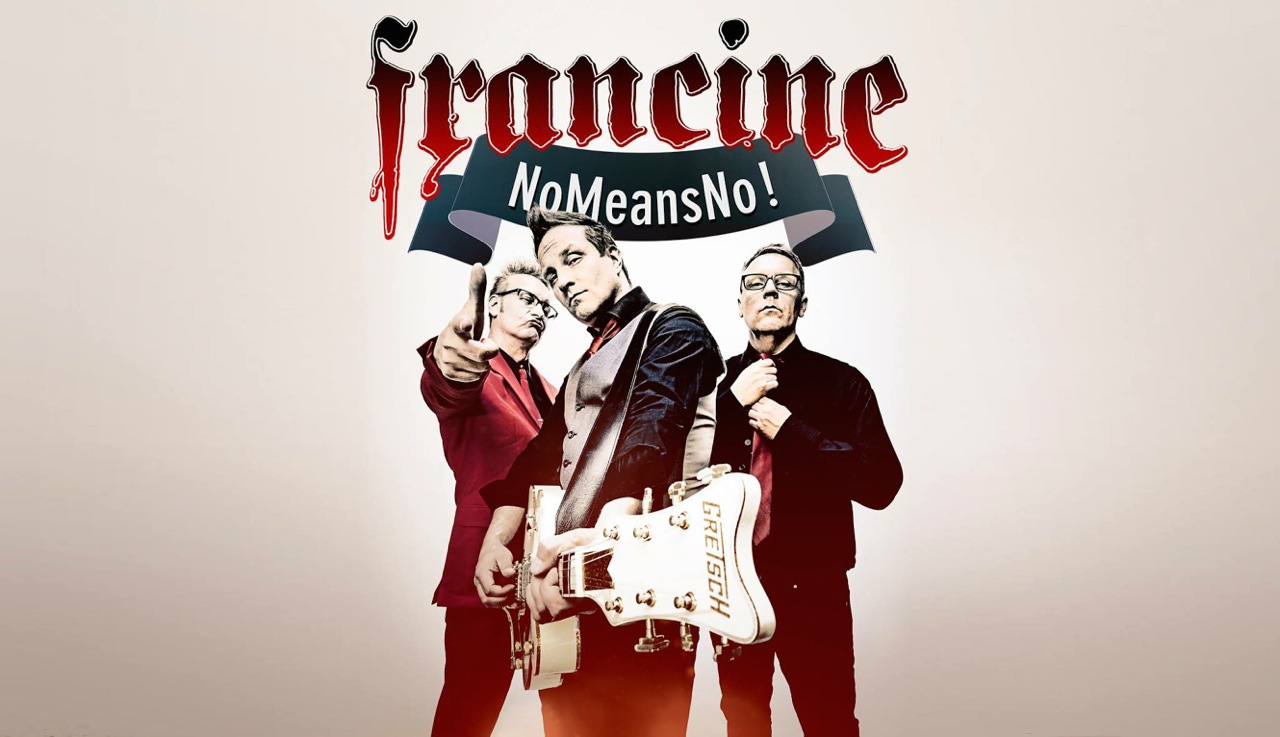 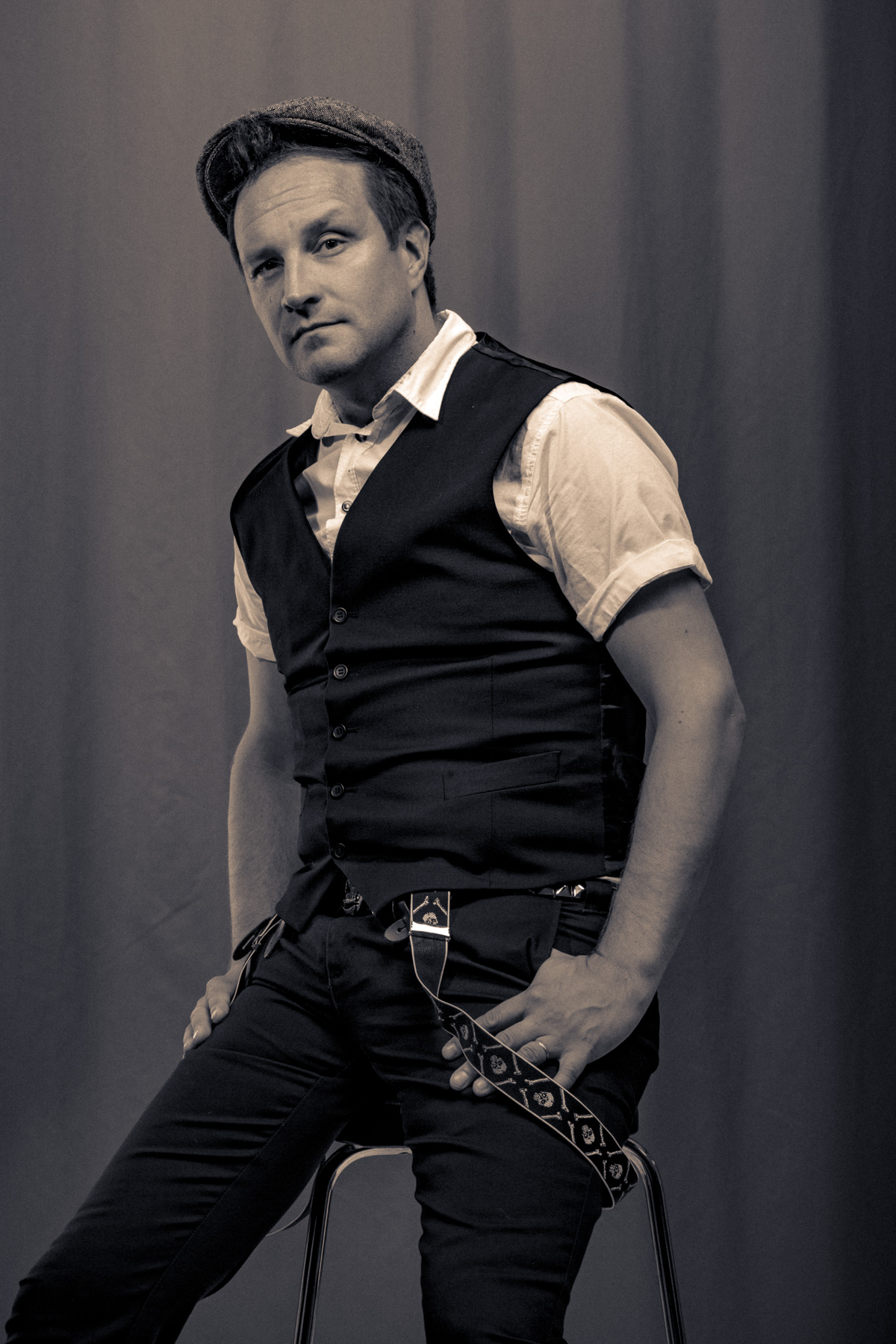 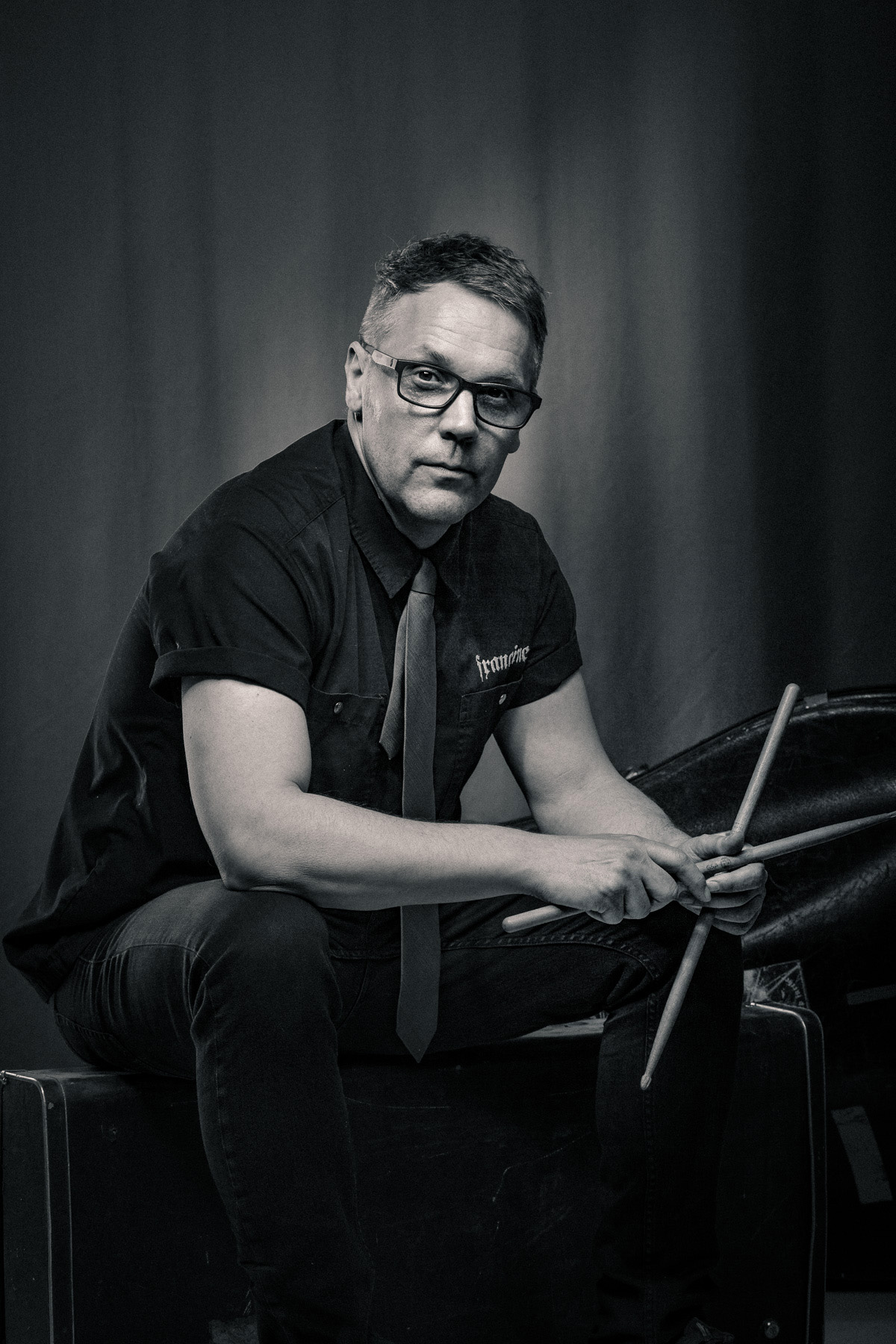 THE STORY OF FRANCINE

1987 - 1988  I wanna play in a Rock'n'Roll band...
-Francine was formed in 1987 and the original composition was:
Pete Salomaa (Bull fiddle, Backin vocals)
Mika Jokinen (Vocals, Guitar)
Esa Nurminen (Drums)
-Francine was named after ZZ top song, "Francine" and the band described their music as psychoblues...
-The first gig 6.11.1987 in Joutsa, after that several gigs as warm-up band
-Two demo tapes, where you could find pre-versions of several known Francine-songs.

1989-1990  Im on fire
-In January 1989, Tude Usvaala, joined in the band.
-Jari Paksunen came to play acoustic guitar and Pete Salomaa changed his electric bass to a bull fiddle.
-Francine had lot of gigs, warming up some famous Finnish bands, like Miljoonasade, Hearthill, Melrose, etc.
-A small Finnish record company, My Way Records, took Francine on their list in summer 1989. The MyWay boss Marko Hakala was at the Tawastia club, to watch the British Howlin Wilf orchestra, that was warmed up by Francine. After the gig Hakala rushed into backstage and immediately offered to make a contract with Francine.
-Francines first record, Shake my Bones EP was released in autumn 1989.
-Francines first album Fire was published in February 1990, and it gained great publicity in the Finnish media.
-The best-known pieces in the Fire album are: Im on fire, Sweet lovin and the single Till the day I die.
-Francine continues as a trio, after Jari Paksunen quitted.
-Francine made a visit to a city called Zaporjoshe, in Russia. On their best gig there they had an audience of some 15 000 peole...
-Late in 1990 Francines second album, Hard enough came to daylight. This record was produced by Englishman Pete Gage. The best known songs on this record are such as Rumble on the bayou and Three cool cats. 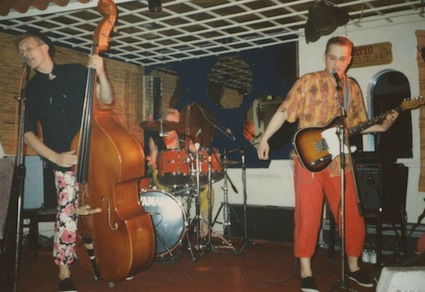 1991-1992  Money talks
-After the release of Hard enough, Francine decided to seek a for bigger record company, which would have better resources to take care of the band.
-In September 1991 Francine released their first single, Downtown for Poko Rekords.
-Early in 1992 the album A piece of noise was released and immediately after release, it made its way to the Finnish top 40, staying there for a month, best ranking was 24. Best known songs from the album are Downtown, Money talks and On my backyard
-Late in 1992 Francine was left rest, because the band felt that the joy of playing was lost.

1993  Älä ota pitkätukkaa
-As a counterblow to hard rockin and wild performances on stage, boys formed an another band, called Pääesiintyjät , which played finnish pop.
-Pääesiintyjät made two singles during 1993 ( Sua aattelen and Iiris ) and also an album, called Pitkäsoitto.
-Pääesiintyjät made a number of gigs and their songs conquered audiences and radio stations all over Finland.
-Unfortunately, the career and success of Pääesiintyjät lasted only a while, because Pete Salomaas and Tude Usvaalas hearts still had a beat for rockin hard again.

1994-1996  Almost alive
-Early in 1994, Mika Jokinen decided to quit playing, which caused a new problem; Francine had to find a new guitarist/vocalist.
-Ana Kukkola joined Francine and Francines almost two-year break finally ended.
-In autumn 1994 a single Almost alive is released.
-In February 1995 the album Animal beat came out and it was produced by T.T.Oksala
-The best known pieces on the record are Almost alive and Rock on rudy
-Tour with Long Tall Texans (UK).
-Couple of gigs together with the legendary Pirates -band. (Shakin all over...) 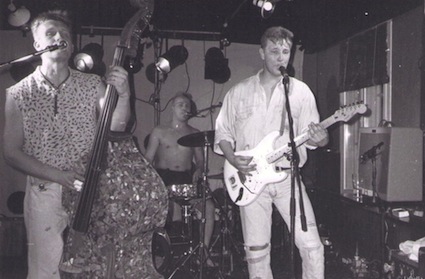 1998  Set me free
-Francine is enjoying of well-earned break in the spring and starts touring in May.
-After seven year with Poko Rekords, Francine moves on to Bluelight Records.
-Mini-tours with Restless (UK) and Mad Heads (UKR).
-In September, Francine starts the recordings of the new album.
-In October, producer-guru Mikko Karmila was gotten into the studio with Francine - just fantastic finish on the record.

1999  The Playmate
-The new album The Playmate sees daylight on 22.1.1999
-Francines website was changed at the same time as The Playmate was released. -The Playmate -Tour begun in the end of February and it consisted of approximately 50 gigs all around the Finland.
-Francine performed on several summer festivals: Provinssi Rock, Down by the laituri, Puistoblues, Ilosaarirock, Down by the Kemijoki...
-The Playmate tour ended in Lahti on 26.11.1999 and Francine took a four month break in touring.
-Favourite songs from The Playmate are Goodbye Forever, Annie and Raindance.

2000  Silence is golden...
-Francine is taking rest and composing new songs for the next album.
-In the fall Francine makes a mini-tour of 11 gigs.
-A Single from the next album, She bop, is released in December 2000.

2001 Fullahead!
-New album FULLAHEAD! unleashed on 2.2.2001.
-FULLAHEAD is also produced by Mikko Karmila.
-Francines website moves (For the third and hopefully, the last time), and is updated as the new album is released.
-Francine is starting the FULLAHEAD tour in April 2001.
Album was a great succes and Francine got a lot of new friends.The hit of the album was Francines version of the old Cindy Lauper-song "She bop". The song got a lot of radiotime in Finland.

2002 On the road...
-Francine played a lot of gigs including one gig in Spain (Calella festival).
-In the beginning of the year Pete started booking agency called BooKing(!) which concentrates only in rockabilly music. Not so suprisingly Francine is one of those 15 bands in BooKing company...

2003  New Level
-In the end of March Francine  released a brand new album "Level 8"!! In their eighth album Francine is better than ever. Songs are powerful RocknRoll with great melodies and sounds are really tough!
-Level 8 has got a very good feedback and in Finnish Top 40 Chart it made its way up to place 11.!!
-Level 8 was recorded in VILLVOX Studio which is Tudes brand new studio located in his houses cellar.

2004  Rumble Bros.
-Because Francine has booking agency and studio of its own, was the next step to start own record company of course! Rumble Bros. started by releasing a live album from Grand Arena RocknRoll Party held in Lahti in February 2004. CD includes 20 livesongs from Restless, Long Tall Texans, Francine, Whistle Bait and Flat Broke Trio. Livesongs by Francine in that CD are the first ever relased live songs from Francine!
-In Fall Francine will do a tour in Finland ( 17 gigs) and do some new songs to next album...
-There is also some plans to do gigs in Spain,USA,Germany and Russia in the beginning of 2005.

2005  King for a day
-In January Francine did record deal with Poko Rekords (member of EMI group).
-In the beginning of the year Francine was in Villvox studio, working with the forthcomin album.
-In July Francine did two gigs as Brian Setzers warm-up act in Finland.
-New sigle "You get me wrong" hit the single charts (16..).
-Francines 9.album "King for a day" was relesed 31.8.2005 and it hit the finnish album chart at 27..
-King for a day-tour started 9.9.2005 from bands hometown Lahti ( tour included 18 gigs).
-New Video (King for a day by mr. Teemu Nikki).

2006  On the road again....
-Francine played 48 gigs promoting the newest album.
-in the end of the year Francine recorded a new song," Taxi Driver" for their Best of album, which will be out in January 2007.
- In December Francine traveled to Germany for a six piece tour!

2007  The Story of Francine
-Francine released "The Story of Francine" CD/DVD 7.2.2007
-CD includes the best Francine songs from the last 10 years and DVD includes videos,TV-shows,pics and history document telling the story of Francines 20 years on the road!!
-In Finlands DVD chart the album hit the 3!!!
- In February band started 20th anniversary Tour including 20 gigs in Finland
- In the main concert in their hometown Lahti over 1000 people came to celebrete with Francine. It was such a great night!!!
-Wolverine Records released "King for a day" CD in Germany 9.11.2007!

2008  One step further
- In the beginning of the year,Francine is recording their next album in Villvox Studio. It will be in stores in September 2008!!
- In March Francine hit the road and did "King for a day 2008 Tour" in the middle Europe, mainly in Germany
- New album "One Step Further" hit the stores 3.9.2008!!
- Francine do record release tour first in Finland (September-November)
and after that in Middle Europe (December 2008 - February 2009)
- One Step Further hits the Finnish album chart at place 24

2009  Gigs, gigs, gigs.....
- The whole year Francine spends on a road ( One step further tour) mainly in Finland but also in Germany, Holland and Czech
- In the end of the year Francine is recording Trouble EP including four songs: Cover-versions of Trouble, Tainted love, Red Cadillac and black moustache and bands own original Big wheels

2010  Trouble
- On February Francine releases Trouble EP and it hit the Finnish single chart at place 15. Songs Trouble and Tainted love get a lot of radiotime in finnish radios and Trouble is one of the most wanted songs in Ylex (Finnish national radiochannel)
- The Story of Francine is re-released without DVD and it hit the album charts at place 33.
- Francine do a lot of gigs, total amount of 79! Huh!

2011 Goodbye Tude, Welcome Alec!
- In the beginning of year Francine records new single "Kill me" with famous producer Jyrki Tuovinen. Single is released in April.
- In May Tude Usvaala leaves Francine after 22 years and mr. Alec Hirst-Gee ( ex-Sub Urban Tribe) takes his place behind Francines drums.
The rest of the year includes a lot o f gigs, the best way to get new line-up to work!

2012  Another drummerchange – Welcome Mauro!
- In March Alec leaves Francine after 10 months. Main reason was that touring doesnt fit to his day job in record company. Behind drums comes Mauro Gargano, with a lot of experience of playin in different bands during years.
With Mauro Francine starts to record new album in June with six new songs. Mauro is takin care of recording, mixing and producing and of course drummin....;)
At the same time Francine is also doin a lot of gigs. In September Francine goes studio again and the last six songs of the new album are recorded.

2013  Still Burning
- The first single of the forthcomin album is TIme to go, which is released in February the 8th
- After 4,5 years Francine releases NEW album Still Burning 8.3.2013!
- At the same day they starts massive 25 gigs tour in Finland
- Still Burning hits the Finnish album chart at place 18

- Francine did a lot of gigs in year 2014, mainly in Finland
- Francine did they first gig ever in USA, when they hit the stage in Ink'n'Iron festival in Long Beach, California in June.

- Francine did a little bit over 40 gigs in 2015
- Some new songs came up and plans for the new album are growin' a little by little. Not in studio though...
2016 Thanks Mauro, Welcome Alec!

- In May Alec Hirst-Gee made comeback behind Francine's drums after four years.
- A lot of gigs, gigs, gigs...... 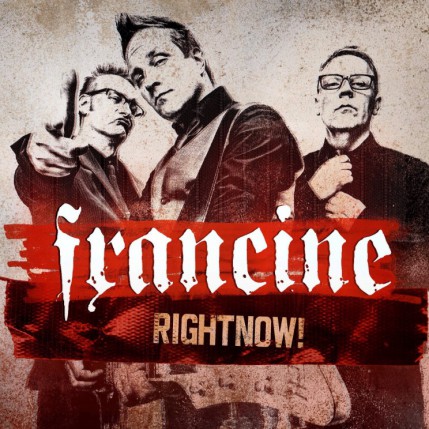 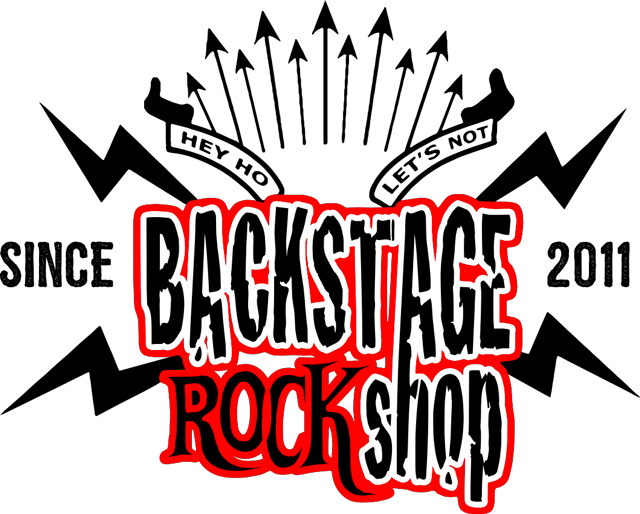